In 1850 a new Michigan Constitution declared the Native Americans to be eligible for Michigan State citizenship, which would allow them to purchase lands and make their children eligible for education.

The Omena settlement had its beginnings when a band of Ottawas and Chippewas led by Chief Ahgosa began arriving from the present day Old Mission Peninsula in 1850. They found that Chief Shabwasung and his Ottawa band were already encamped on the point to the north of the bay, on land Chief Ahgosa and his families had purchased. The Ahgosa band then settled a little to the north, and the village became Ahgosatown.

In 1852, the Reverend Peter Dougherty followed the Ahgosa band from Old Mission to the beautiful little bay on the Leelanau Peninsula’s eastern side to establish a New Mission, soon to be called Omena. The importance of the agricultural potential of the Omena area cannot be overstated. The raising of food crops in the area had taken place for centuries. When the missionaries arrived they found mature apple and plum orchards, as well as corn, beans, squash and potatoes. The availability of agricultural land for his Native American followers was an important consideration for Dougherty’s establishment of the school at New Mission, and instruction in up-to-date American agricultural practices was a fundamental of mission life.

Rev. Peter Greensky, a Chippewa teacher and interpreter came with Dougherty from Old Mission, as did young George A. Craker, who taught farming to students in the mission school. Rev. Greensky founded Greensky Hill Indian United Methodist Church at Susan Lake near Charlevoix. Craker and his descendants became active workers in Dougherty’s Grove Hill New Mission Church, now called the Omena Presbyterian Church. The Ahgosa family was very active in the church for generations, and many family and band members are buried in the mission cemetery adjacent to the church. Dedicated in 1858, It is the oldest Protestant Church in Leelanau County and one of the oldest historical landmarks in Northern Michigan.

In 1884 a group of Cincinnati businessmen purchased the mission school, and it was remodeled to become the Leelanau Hotel. Omena blossomed into a tourist haven, with the Omena Inn, the Shabwasung, the Clovers, the Oaks, Freeland Resort, and Sunset Lodge, together with many resort cottages on Omena Point. Omena Bay provided a rare safe deep harbor in the Great Lakes, and over the years had at least four commercial docks and a commercial fishery. The Omena Pavilion, now the Omena Traverse Yacht Club, was built in 1911 as a social center for the community.

For several decades, produce, goods, and the growing number of summertime visitors were served by steamers, including the Illinois, Manistee, Manitou, Missouri, Puritan, Kansas, Crescent, and Columbia. In 1903 The Traverse City, Leelanau & Manistique Railway line from Traverse City to Northport was completed with two stations in Omena, and limited passenger service continued until 1948.

The A. F. Anderson Store benefited from the activity and operated in Omena for 47 years, beginning 1883. Since 1976 this landmark has been the location of Tamarack Craftsmen Gallery. Nearby, Paul Barth’s general store, established 1889, remains as the Omena Bay Country Store. Omena preserves as well the c.1890 building, which housed an ice cream parlor, and which has served solely as the U. S. Post Office since 1959.

John Putnam’s fruit stand in the 1930’s became a Texaco station, and later, the Harbor Bar. It is now the home of Leelanau Cellars and Knot Just a Bar Restaurant.

The early discovery of Leelanau County as a resort haven helped to sustain pioneer families by providing commerce and income, just as it does today. 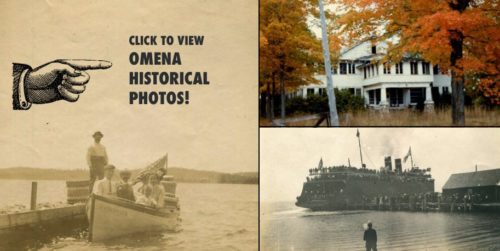 The “New Mission,” founded by Rev. Peter Dougherty and Ottawa Chief Ahgosa in 1852, fostered development of the village of Omena.  Residents, visitors, and trade goods arrived and departed through the safe deep harbor of Omena Bay.

Agriculture, commerce, and summer resort growth defined the 1880’s. The lands around  Omena were lumbered, used for grazing, then for field crops and orchards. The Anderson and Barth stores were built, each with a commercial dock. Visitors to Omena’s cottages and hotels came by steamers which wove in and out of the Grand Traverse Bay ports regularly even after the 1903 arrival of the railroad.

Homes and outbuildings grew up near the stores.  One of the earliest homes, the Putnam-Cloud Tower House Museum, was moved a mile north into Omena in 2004. Omena’s commerce, resort, and agricultural heritage continue into the 21st century. Listed in the National Register of Historic Places by the United States Department of the Interior 2017 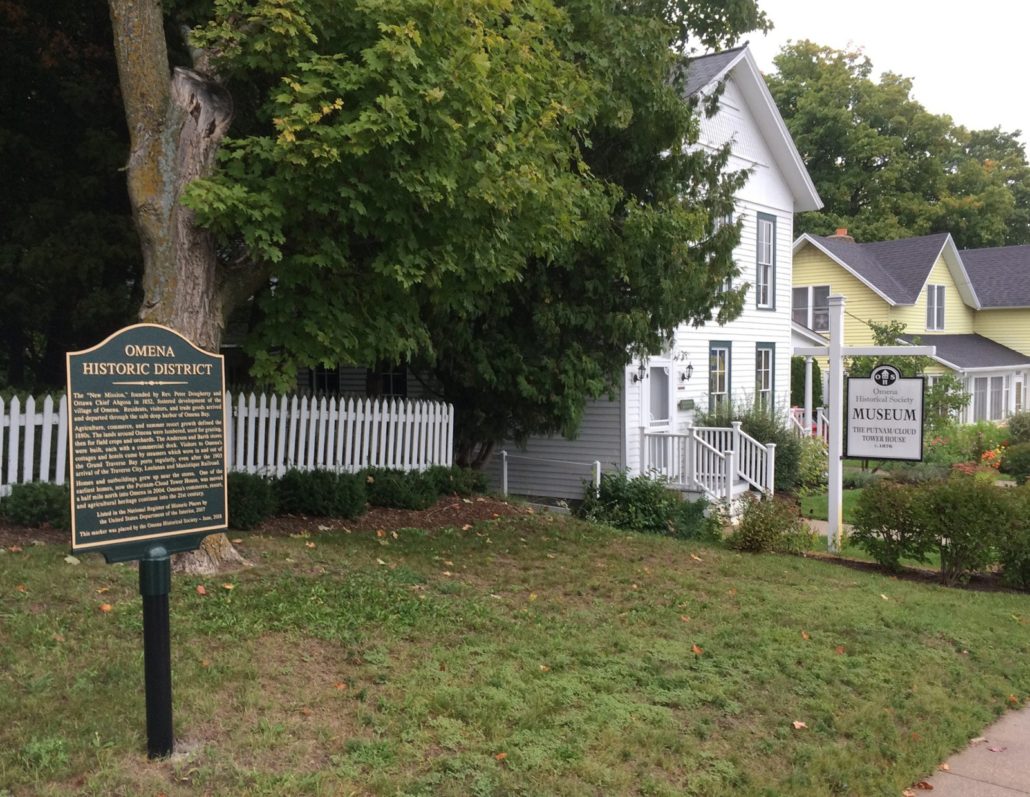 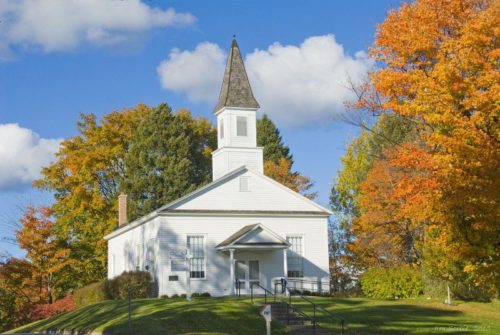 LANSING — The Leelanau Peninsula hamlet of Omena — with its remnants of a once-popular summer resort, an 1853 church and the pilings of long-gone docks that once welcomed boatloads of tourists — has earned a spot on the National Register of Historic Places.

Designation of the Omena Historic District reflects its legacy as a resort area, a mission to convert Native Americans to Christianity, a productive agricultural area and a Lake Michigan harbor.

“Most of Omena’s buildings are still in use as originally intended, some still in the same family ownership since the 1800s,” according to the nomination documents. “Omena’s changes have been adaptations built upon its existing structure, and the village has not suffered the eradication, wasteful misuse of resources and reconstruction that is so common in this country.”

The National Register is “the official list of the nation’s historic places worthy of preservation,” says the National Park Service, which administers the program. The federal program helps “coordinate and support public and private efforts to identify, evaluate and protect America’s historic and archeological resources.”

Thirteen sites in neighboring Grand Traverse County are on the National Register. There are 1,919 places on the register across the state, according to the National Park Service.

The settlement dates to 1851 when a Presbyterian minister, Peter Dougherty, arrived from Mission Peninsula across the West Arm of Grand Traverse Bay. He taught English, manual training, farming and academic subjects to Native American children.

Landmarks in the historic district include five remaining buildings from Sunset Lodge, which started as a retirement home, expanded to add cottages and a social hall, and was a popular vacation resort until World War II.

As decades passed, the lodge’s owners appealed to the “changing tastes of resorters, who first arrived solely by steamer, then by train and steamer, and then motored in for shorter and shorter periods by automobile,” the nomination documents say. It currently operates as a bed-&-breakfast.

Mary Ziegeler, who bought Sunset Lodge in 2014 with her husband, said B&B guests “always have questions about how it got started, its history.” It’s the only survivor among what once had been eight resorts in Omena.

Now with the National Register listing, Ziegeler said the lodge wants to place a historic marker there.

What is now Omena Presbyterian Church opened in 1858 as the Grove Hill New Mission Church and conducted worship services in the Ottawa and English languages. Its bell was made from English copper pennies donated by Chippewa, according to church history.

A cemetery behind the church holds the graves of 290 Native Americans and American settlers, according to a stone monument there. One of them is Chief Aghosa, a Chippewa chief who converted to Christianity.

Adjacent to the township beach and park are what’s left of wooden pilings from the Anderson Dock. They symbolize “what was once a safe landing for steamships, the predominant way of travel and commerce trade in the late 19th century and early 20th century,” the nomination documents say.

Also in the historic district stands a Victorian farmhouse on land formerly owned by Col. George Armstrong Custer, who died at the Battle of Little Bighorn in 1876, the same year the house was built.

Jesuits later used part of the farmhouse as a worship area. The building was later moved and now serves as the Omena Historical Society’s Putnam-Cloud Tower House Museum.

Listing on the National Register provides opportunities for preservation incentives including federal grants for planning and rehabilitation and federal investment tax credits.

“For a community like Omena, the historic district designation will allow people to apply for incentives” such as tax credits, said Laura Ashlee, a historian at the State Historic Preservation Office. 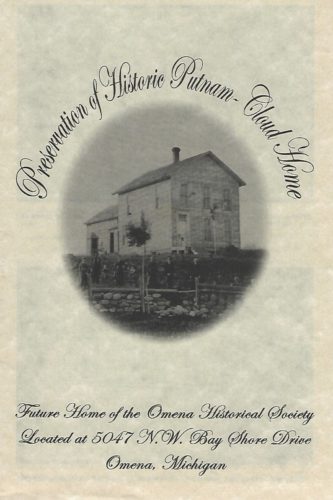 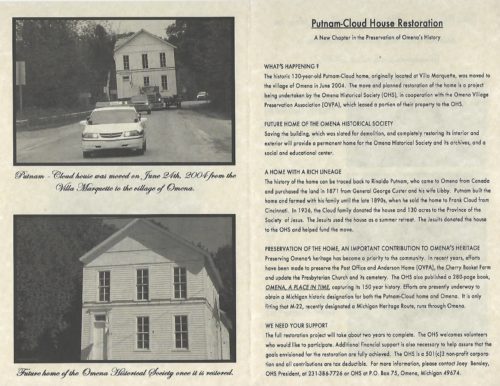 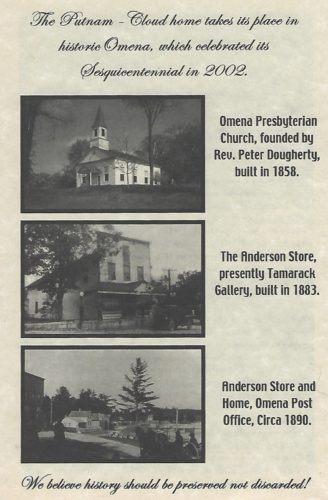 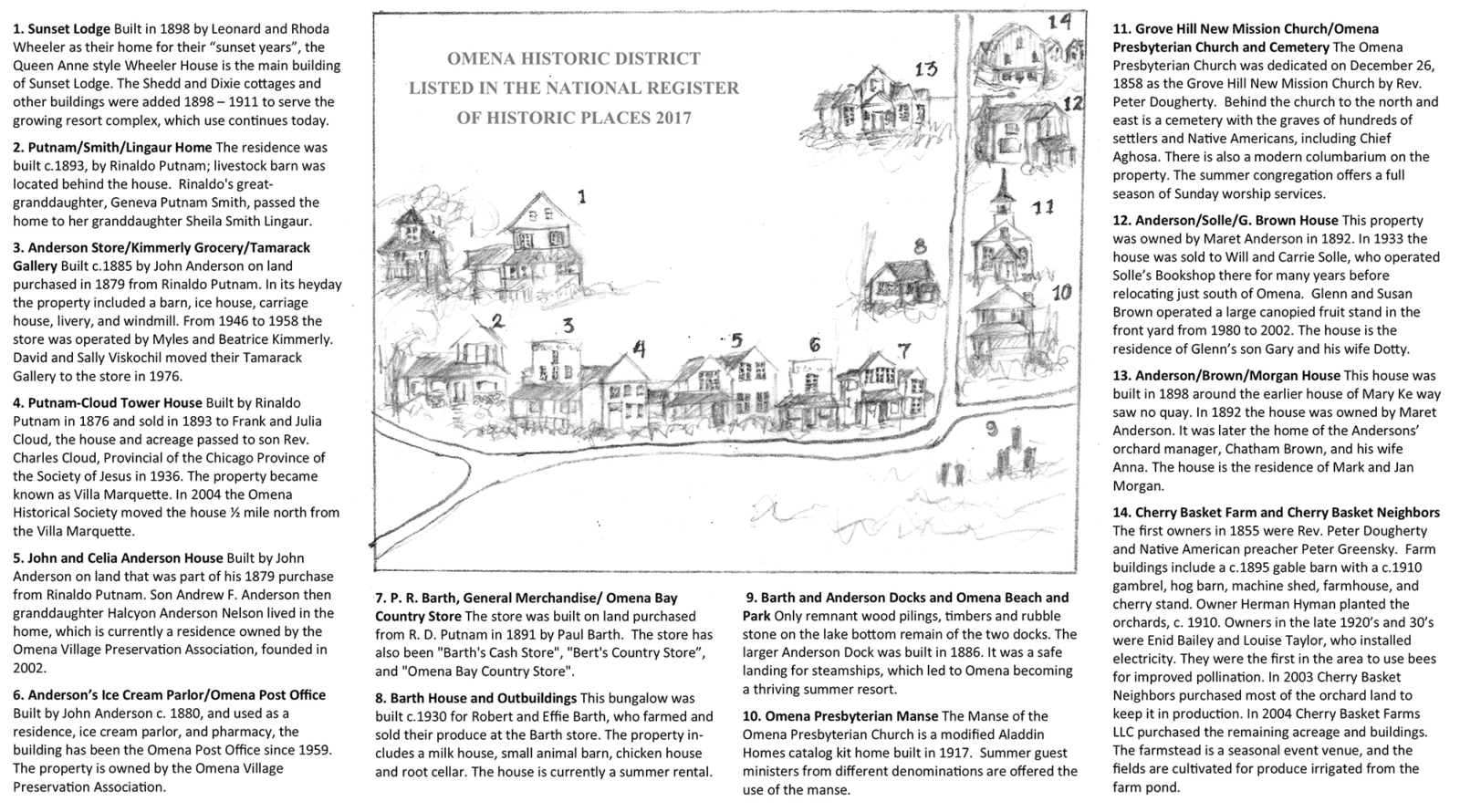 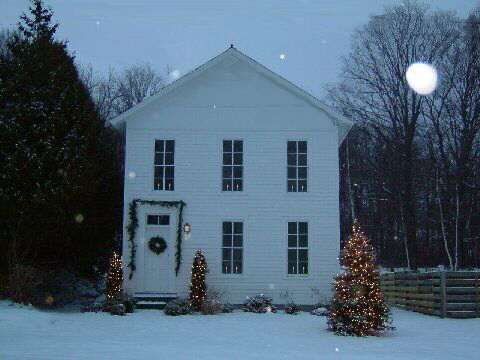