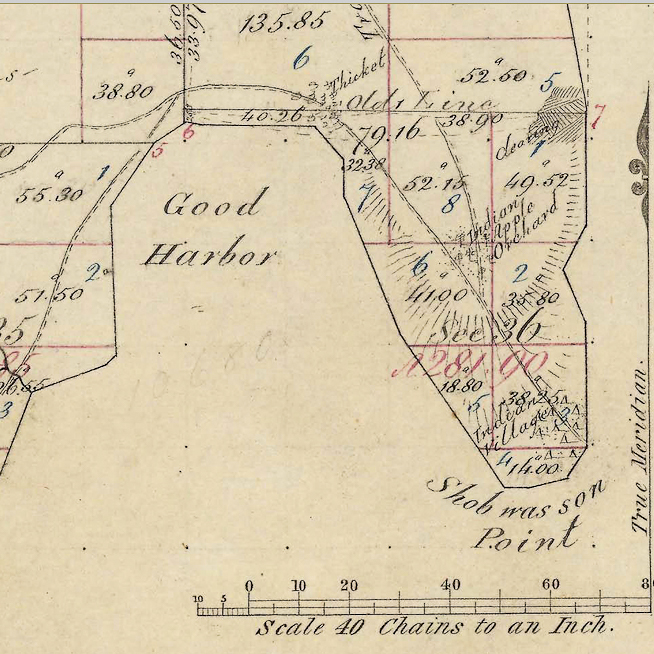 Your kind letter was received a few days since. Words of kindness and sympathy strengthen us in hours of trial. Our mercies have been very many, of trials it is not important to speak unless some good may be accomplished thereby. I wrote to Mr. Lowrie [Corresponding Secretary for the Presbyterian Board of Foreign Missions] by the last express by which you will learn our present condition. After receiving our supplies and getting our buildings in some comfortable condition for winter we have found matter to work on easier. In a climate like this & a region where snow falls almost every day for weeks together the winters are not very comfortable as we have to be in the snow most of the time & with a large family of children much will be carried [on?] in the house – another and more serious difficulty is the leakage of the building. These light snows falling almost every day keep the roof covered to the top. The heat in the building warms the shingles and the snow melts and runs down to the eves where it keeps freezing until banks of ice prevent the water flowing off – thus the water is shut up until it finds its way above the tops of the first courses of shingles & then runs inside. We have much trouble this winter on account of the steady cold weather and the constant falls of snow, and our building is more subject to this difficulty in consequence of the water condutor [sic] being put on the top of the sheathing of the roof. Some of the walls are kept constantly wet and will be much injured The weather has just softened after a fortnight of very severe cold.

Our school is very encouraging. Our children are making improvement and they behave very well. I see no cause of regret that the school has been commenced if funds can be obtained to support it. I think a school like this promises great good to these people.

From the many applications which I have been compelled to refuse there is little doubt but there will be as many children ready to enter the institution as we can at any time accommodate. I have hoped & I encouraged those whom I refused to hope, we would be able to take an additional number in the spring. I confess I have fears, from Mr. Lowrie’s letters, they & we may be disappointed, but our past experiences should teach us patience & faith – help may come in the hour of despair. There is none the less necessity for the diligent use of all proper means however. It is proper therefore that it be understood that one of our teachers will leave in the Spring. One and probably both of the women in the kitchen will leave and there is no prospect of supplying their places here. There is very great need for some prudent and smart woman to take the constant oversight of the kitchen. Mrs. Dougherty has to divide her time between it and the oversight of all other house hold matters which is too much, which precludes the possibility of any proper attention to her own children. I do not find leisure to give any attention to my family until after eight in the evening when the boys go to bed, and can give no time to the school.

To lessen the necessary expenses of the next year a vigorous effort should be made to enlarge our clearings and increase our plantings in the spring. Here our boys can be made useful if there is anyone to plan out and occupy them with such work as they can do most profitably. We have things now in such a state of readiness that with no unforeseen draw back we can commence operations on the farm in the spring with the fair prospect of a greatly increased crop the next fall

I wish very much Mr. Lowrie could personally inspect the premises and see the condition of things. He could then tell better what was best to be done. Just as the door is opened to these people to become citizens of the state and the laws are becoming extended over them there is a strong desire to have their children, especially their boys, educated. There is an increasing necessity for them to acquire a practical knowledge of our language, and we should fail to improve the opportunity which that desire gives of imparting instruction which may make them wise for time & eternity.

I received a letter from Mr. Hall respecting the draft I wrote about which leads me to suppose in the hurry of preparing letters I must [have?] closed the one I sent to before I drew the draft and supposing I had enclosed it I did not send it. The draft if drawn must have been dated the latter part of August.
Yours Truly
P. Dougherty

This letter to Reverend Leighton was written just a few months after Reverend Dougherty opened the newly built residential school for local Anishinaabe students, Grove Hill School, in the autumn of 1853. Reverend Dougherty sent a letter to his supervisor Walter Lowrie on the 16th of January, just 11 days before sending this letter off to Reverend Leighton on the 24th. The tone of the two letters is quite different.

Dougherty’s letter to Lowrie is a “nuts and bolts” report of the conditions of the newly opened Grove Hill Academy, including the details of chores, the enrollment numbers, the work assignments and typical food eaten. This letter, the letter to Reverend Leighton written on January 27th some 11 days later, attempts at first to be more upbeat and hopeful, less complaining, but still stresses the need for a firm, long term financial commitment to the operation of the school, as well as emphasizing the need to procure more help. There is mention of Walter Lowrie’s doubts as to the long term financing of the school, which leads me to believe that Dougherty is attempting to appeal to Leighton’s higher level influence with Lowrie.

Dougherty emphasizes his plan for his mission to become self sufficient with food through increased clearings and plantings, thereby lessening expenses to the Board. Also emphasized in this letter is the need to help the Indians become fully functioning citizens, in the wake of the 1850 ruling by the State of Michigan which granted them citizenship providing they renounced tribal affiliations.

Dougherty’s main goal, stated here and elsewhere, is to educate the Indians to be fully functioning citizens who could not be taken advantage of by the increasing number of white settlers. Dougherty also mentions the structural shortcomings of the newly built school, the ice dam on the roof with water leaking down into the wall, issues which would be addressed a few years later. All in all this letter to Reverend Leighton lays out Dougherty’s long term commitment to the school and his belief in its importance to those it serves. Here (and in other letters) he relates that he has had to turn away applicants, indicating he believes there is a) a strong desire on the part of the Indians to be educated in the ways of the “dominant” culture and b) a need for the school, both practically and morally. Ever the forward thinker, Reverend Dougherty asserts that adequate funding is the proper path forward.

Want to join the discussion?
Feel free to contribute!

The Story of Grove Hill School