“Omena’s Legacy of Service – A Common Bond”
An occasional series celebrating and honoring our veterans
January 18, 2021

He enlisted on May 2, 1864, and mustered out on August 19, 1864 at Camp Dennison, Symmes Township, Hamilton County, Ohio. He served in Co. F, 137th Infantry, Ohio. He was part of a group of volunteers called “The Hundred Days Men” which was the nickname for the members of the state militia of Ohio, who had recently become known as the National Guard.

Governor John Brough issued a call for more men to volunteer for 100-days service in the Union Army. These short-term, lightly trained troops were intended to free veteran units from routine duty to allow them to go to the front lines. The call came on April 25, 1864 and men were to report for active duty on May 2, prepared to serve for 100 days. Nearly 36,000 Ohio men from all walks of life reported ready for duty. Governors from other states mobilized their militias in a similar way (A Hundred Days To Richmond: Ohio’s “Hundred Days” Men in the Civil War, Jim Leeke, ed.)

Later in life, Thomas McLean was a hospital administrator in Cincinnati, and one of a group of Cincinnati businessmen who built the Hotel Leelanau on Omena Heights. He was the uncle of Mary McLean Frazier Freeland who was also a veteran. She was an important person in Omena and a subsequent blog will tell her story. 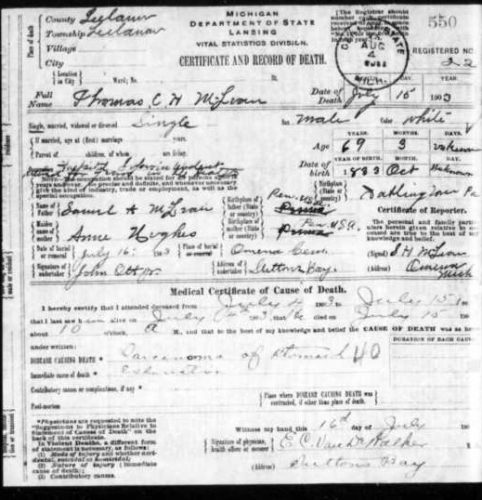 Death certificate of Thomas McLean who served as a Private for the Union Army during the American Civil War.

We would love to hear from you if you have an Omena veteran in your family! We are gathering info about all our Omena veterans for an ongoing project and exhibit in 2021. Please email us at OmenaVeterans@gmail.com or contact us through Facebook. Thanks and please share! 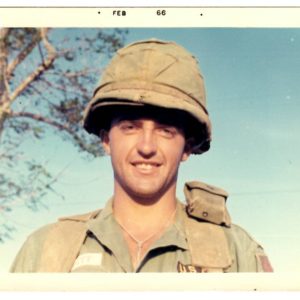 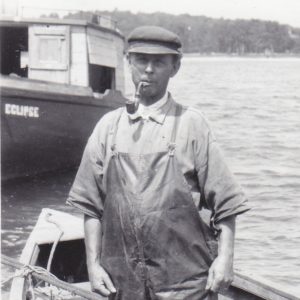