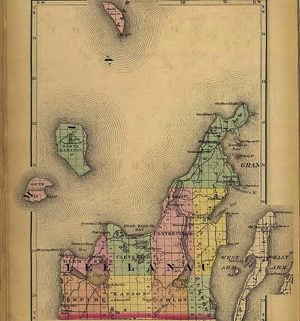 Wakazooville was a village platted in 1850 in Leelanau County, Michigan by the Ottawa Chief Peter Wakazoo and George N. Smith, a Protestant missionary. Peter Wakazoo or Pendunwan and his brother Joseph Wakazoo or Ogemawinini, were sons of Old Chief Joseph Wakazoo. They were Ottawa Indians and Ogemawinini was the chief of the L’Arbre Croche band at Little Traverse at the time of the 1836 Ottawa and Chippewa treaty.

The events that led to the creation of the village of Wakazooville began with the treaty held at Washington on March 28, 1836. The Ottawa and Chippewa Indians ceded their remaining lands in the Lower Peninsula and the eastern part of the Upper Peninsula of Michigan. Although many were opposed to this cession, they agreed after they were granted what they thought were permanent reservations in the ceded territory for their exclusive use. However, this was during the period where the United States government was removing the Indians living east of the Mississippi River to lands west of that river. Any treaty negotiated during this period, which did not include a removal provision, would unlikely be ratified by the Senate. This treaty did provide language for the removal of the Ottawas and Chippewas from Michigan but it was not mandatory. Article Eight of the treaty provided: “It is agreed, that as soon as the said Indians desire it, a deputation shall be sent to the west of the Mississippi, and to the country between Lake Superior and the Mississippi, and a suitable location shall be provided for them, among the Chippewas, if they desire it, and it can be purchased upon reasonable terms, and if not, then in some portion of the country west of the Mississippi, which is at the disposal of the United States.”1

At about this same time Joseph Wakazoo and a number of members of his band became dissatisfied with the instructions they were receiving from the Catholics at L’Arbre Croche. They renounced their Catholic faith, left L’Arbre Croche and settled in Allegan County. The Wakazoo family’s winter hunting territory was located in the Kalamazoo River basin so they were very familiar with the Allegan County area.2 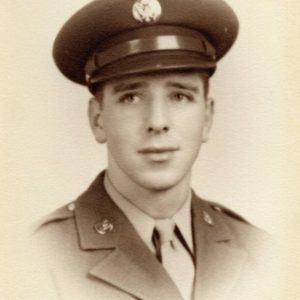